What is it like to be high on marijuana? Can a cannabis high help to remember long gone events, to fuel your imagination, to work creatively, to come to introspective and other insights, to empathically understand others, and to personally grow? How much did cannabis inspire outstanding thinkers, artists and musicians like Charles Baudelaire, Rudyard Kipling, Walter Benjamin, Billie Holiday, Diego Rivera, John Lennon, Carl Sagan, Hal Ashby, and so many others? And how much did the marijuana high positively transfom our society?

“What Hashish Did To Walter Benjamin – Mind-Altering Essays on Cannabis”  is a collection of 20 groundbreaking neurophilosophically inspired essays on the astounding positive potential of the cannabis high. The essays summarize more than ten years of Marincolos research and are written for a wide audience. This deep new exploration of the marijuana high as an altered state of consiousness addresses educated marijuana users and their relatives, medical cannabis professionals and patients, as well as neuroscientists, psychologists, and philosophers interested in the subject of altered states of consciousness. In seven essays inspired by neuroscience the philosopher and photographer Sebastián Marincolo delivers new and groundbreaking explanatory approaches drawing on recent interdisciplinary research from the philosophy of mind as well as from neuroscience and other cognitive sciences. HIGH. The Mind-Altering Potential of Marijuana features dozens of fascinating reports from marijuana users about their experiences with marijuana as a cognitive enhancer. Based on more than a decade of research also in close cooperation with Carl Sagan’s best friend, Harvard Prof. Emer. Lester Grinspoon, one of the world leading experts on marijuana, Marincolo develops groundbreaking new hypothesis and explanations of how cannabis effects higher cognitive functions.  His fine art macro photography series of marijuana strains based on deep-focus-stacking technology brilliantly complements the unusual intellectual perspective on the positive mind-altering potential of marijuana. The book also includes a foreword written by Lester Grinspoon.

“It was not until some years after I began these studies that I initiated personal use of marijuana and I gradually began to discover its capacity to enhance some of my capabilities. I have now arrived at the point where I view this substance as a nature-given blessing. And I am thankful that Sebastian Marincolo has provided us with his timely “High. The Positive Potential of Marijuana” which, as the reader will discover, does much to illuminate this wonderful phenomenon.” 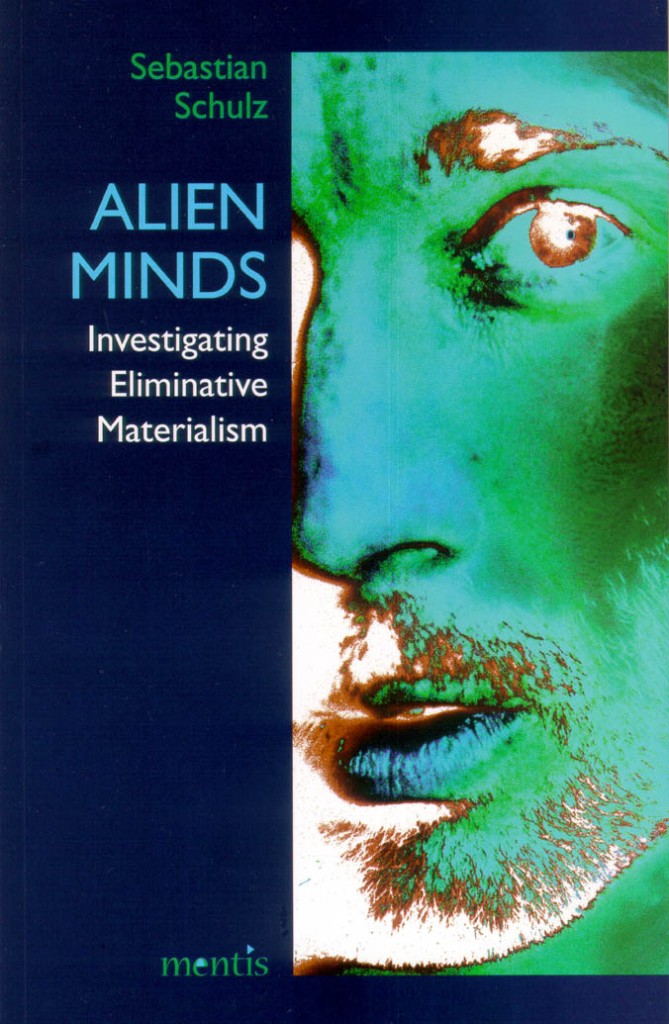 “Alien Minds” is a comprehensive discussion of the philosophical position of Eliminative Materialism. The roots of this doctrine go back to Paul Feyerabend, but it was prominently revived by Paul and Patricia Churchland in the mid 1980ies. Proponents of eliminative materialism argue that new findings in the neurosciences are beginning to show that our folk psychology as well as current scientific psychology based on our folk-psychological framework must be considered as radically false and will therefore be eliminated. Accordingly, our current psychological frameworks will be replaced by a new “psychology” which will be built on the new insights of the “materialist” cognitive neurosciences.

The critical refutation of this perhaps most radical philosophical thesis of our time turns out to be a tour de force through the recent philosophy of mind, cognitive psychology, neuroscience, and the philosophy of science.

Research sponsored by the DAAD (Deutscher Academischer Austauschdienst – German Academic Exchange Service) and a 2-year LGFG stipend (given by the state of Baden-Württemberg, Germany, for academic excellence)